In the second century BC the Greek astronomer Hipparchus of Nicaea ranked the stars according to their brightness in six categories called magnitudes (for greatness). The 20 brightest stars were rated first magnitude and the faintest stars were sixth magnitude. This system was retained for two millennia and standardized in the 19th century when much fainter stars were being detected by astrophotography. English astronomer Norman Pogson devised a logarithmic system whereby five magnitudes was a difference in star brightness of exactly 100 times. With this system, a magnitude 1 star is about 2.5 times brighter than a magnitude 2 star, and that one is 2.5 times brighter than a magnitude 3 star.

For many of us, the faintest star we can detect with the naked eye in a reasonably dark sky is sixth magnitude (commonly just called mag 6). Vega, the fifth brightest star, is mag 0, slightly dimmer than Arcturus and slightly brighter than Capella. With the ability to measure the exact brightness of stars, their magnitudes are often recorded to one or two decimal places, and negative values are used for very bright objects. Sirius is mag -1.4; Jupiter is currently mag -2.4 and Venus is -4.3. The full Moon is mag -12.6, approximately 400,000 times fainter than the Sun at -26.7. A first magnitude star is brighter than mag 1.5, a second magnitude star shines between mag 1.5 and 2.5, and so on.

These brightness values are for the apparent magnitude of a star, as we see them when they are highest in the sky. At lower altitudes the atmosphere will absorb some of the starlight, making them appear dimmer. Astronomers call this effect extinction. The apparent magnitude of a star depends on its size and temperature, and also on its distance from us. A doubling of distance reduces the brightness by a factor of four, and ten times the distance by a factor of 100. Therefore, if one star is ten times farther than a mag 3 star of equal size and temperature, it would be at mag 8 and we would require binoculars to see it. There is nothing like an astronomy lesson to brighten your day.

The Moon is new next Friday, a great time to take advantage of mostly contrail-free skies to hunt down distant galaxies with a telescope or binoculars. Mercury and Venus approach each other after sunset, being within a binocular view for the latter half of the week. Mercury is less than a thumb width below Venus on Thursday and to its left on Friday. Jupiter and Saturn are in great position for early morning observing, as they slowly start to move apart. Mars is starting to brighten as we are catching up to it, and by the end of the month it will be as bright as the stars Vega and Arcturus.

With astronomy meetings and outreach activities on hold, you can catch the local Sunday Night Astronomy Show at 8 pm and view archives of previous shows. 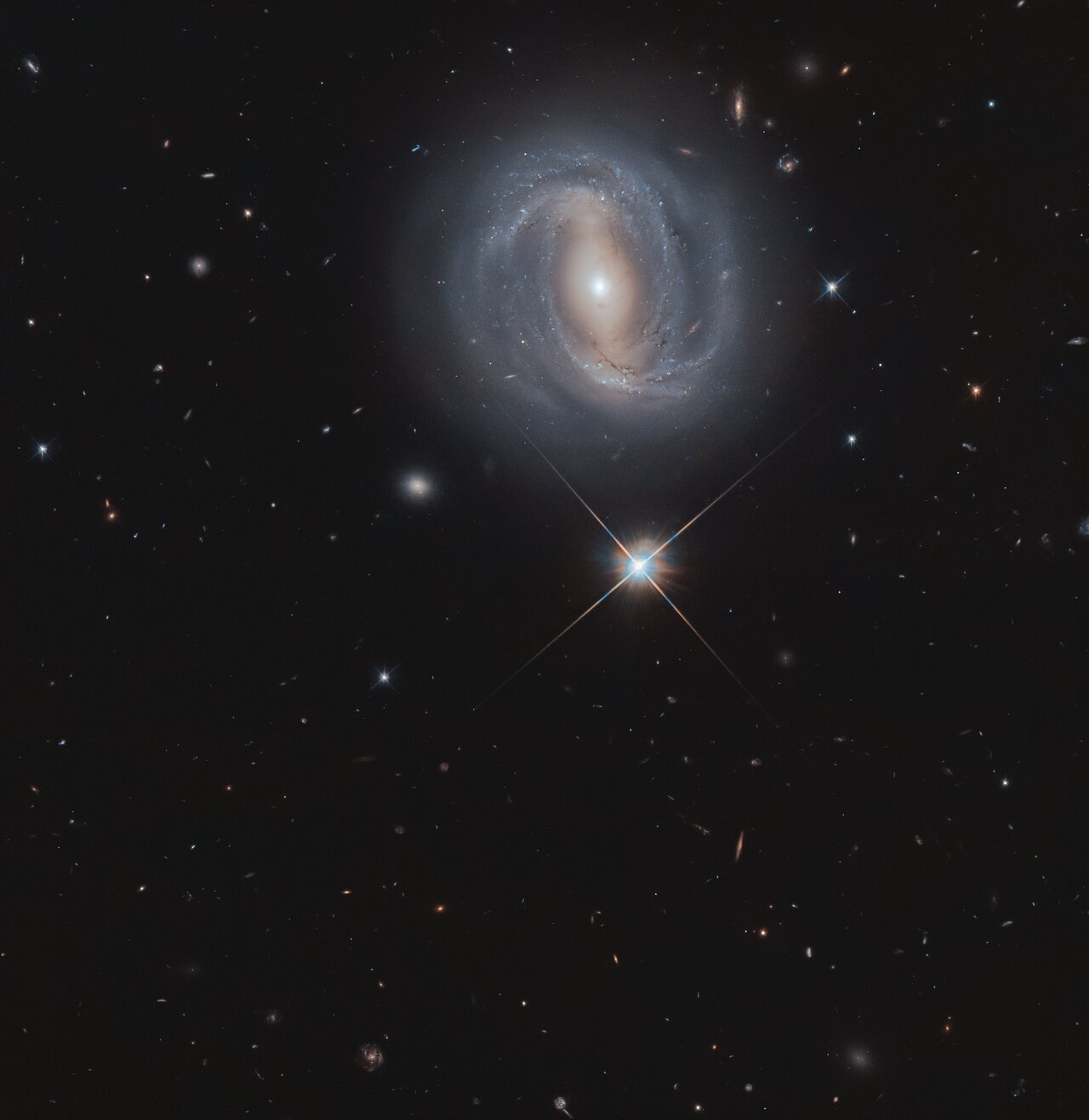